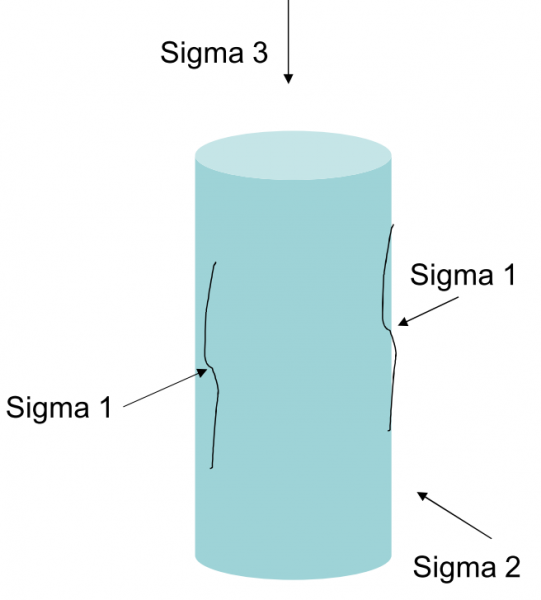 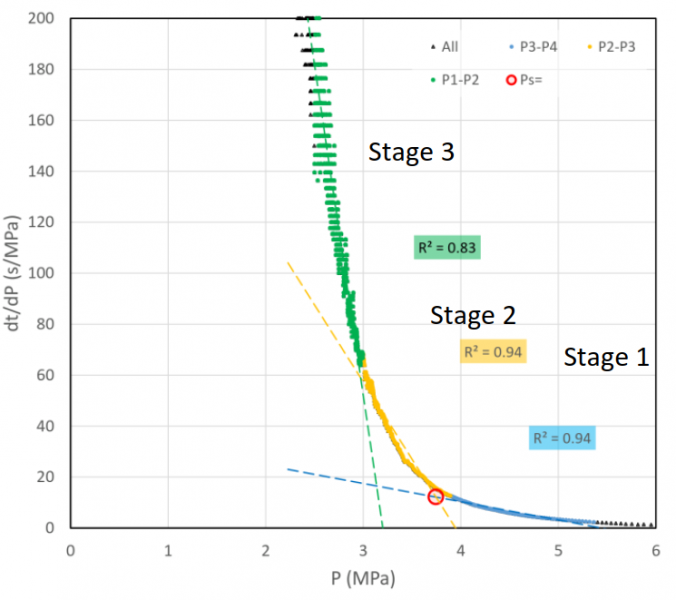 The pressure at the end of stage 1 gives a good estimate of the minimum principal stress. The stages are illustrated in Figures below.

Hayashi, K., & Haimson, B. 1991. Characteristics of Shut-in Curves in Hydraulic Fracturing Stress Measurements and Determination of in Situ Minimum Compressive Stress. Journal of Geophysical Research, Vol. 96, No. B11, Pages 18,311 – 18,321.